In 1921 God was moving in Caithness. Jock Troup, a well known Scottish Evangelist from Fochabers travelled all over Britain preaching the Gospel brining many to Christ. Every Church and hall would be full on Sunday evenings with people in desperation to hear the word of God. Places were described as being charged with the Holy Spirit. People would be sitting on window ledges and pulpit steps, there would be no more room.

Open air meetings were held in the market square, people lay down their coats for other people to kneel on when seeking forgiveness from the Lord. Nearly over one thousand people would be there. This was known as the Fisherman's Revival of 1921. 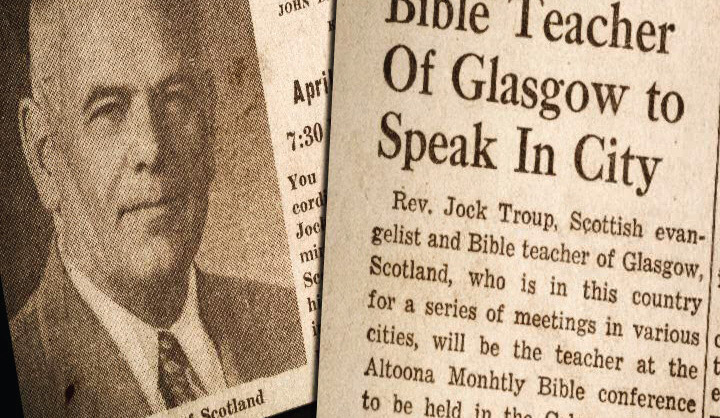