In the early 1840’s, the area behind the Town Hall was a large open space extending from the north jail yard wall to the river bank. This was known locally as the Muckle Yard. Victoria Place was then a narrow lane, and Wick Town Council resolved to widen and improve the roadway, and make a proper link to the camps area. This effectively cut the Muckle Yard into two parts. The part immediately behind the Town Hall was feuded out to Caithness Prison Board in 1844 and the ground on the river side was divided into lots which were sold off, the council minutes does not list the purchasers.

In 1848, the Council made an alteration to the plans, mentioning the road “by the gable of the chapel now building “. This would seem to indicate that the trustees of the Evangelical Union had acquired the ground from the Wick Town Council. The Wick Evangelical Union was an offshoot of the Congregational Church, they met in a hall which used to exist where Highland Council Offices are today. They worshipped there until 1848, when they decided that they needed a larger capacity church. They secured the land, the church was built and opened for worship in January of 1851. However, there is no record of transaction for the property purchase. The building had seating for 500 individuals but it was stated that it would hold more.

The “Groat” of the day described it as an ornament to the town, and quite the neatest place of worship in the town, being in every respect comfortably furnished, with an excellent vestry upstairs. The mason work was executed by Mr Hood, the local sculptors, gas was fitted by Mr Johnston, whose son became the acclaimed local photographer. Plaster work was done by Mr Smith and the joinery was done under the supervision of the building committee. The total cost was not ascertained, but a considerable amount of debt would exist.

In 1902 the Union was disbanded and the building passed into the hands of the United Free Church now, later Bridge Street Church. In 1903 there was a move to acquire the hall and turn it into an indoor swimming pool, this was “frowned upon” by the trustees. Shortly thereafter it was bought by the Salvation Army. 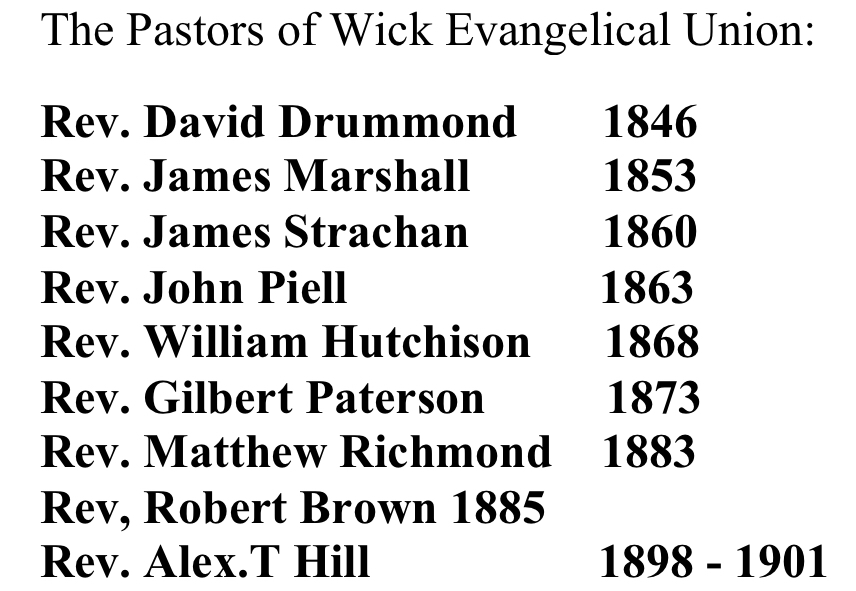